Kipp Umwelttechnik is developing a new process for cleaning and coating 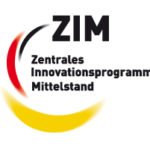 Kipp Umwelttechnik, developed the CleanMaster in cooperation with the University of Paderborn within the framework of a project funded by the Federal Ministry of Economics and Technology also known as a ZIM-program, a new process for the cleaning and coating of pipes (inner and outer surface) springs, rods, pipes, profiles and wires. The sister company mycon has already produced CO2 cleaning systems for the cleaning of inner and outer pipe surfaces and has brought considerable knowledge from previous projects.
The production of seamless stainless steel tubes results in residues of highly viscous pulling lubricants. These pulling lubricants must be removed before the subsequent annealing of the tubes. Otherwise, during the annealing process, carbon compounds migrate from the pulling lubricants residues into the structure of the stainless steel tube and lead to carburizing, which then results in a considerable quality defect, i.e. rust.

The removal of the pulling lubricants is difficult with existing methods, in particular with small internal dimension pipes. In existing practices, these tubes are heated in a bundle for purification into a liquid container prior to the annealing process with kerosene. However, this method is not always successful.

Low viscosity pullers from the inner tube surfaces can also be cleaned using mycon CO2 snow jet method (IceMaster). However, this method, developed by the sister company mycon, limits the viscosity of the pulling lubricants.

Kipp Umwelttechnik now has the potential for a test phase of outer and inner pipe cleaning, cleaning of springs, rods, strips, profiles and wires. Interested manufacturers can provide us corresponding test objects, which are cleaned free of charge, including detailed documentation. Those who are interested can also visit us during the tests.

Coating of pipes (inside and outside), rods, strips, profiles, wires

Application (CoatingMaster) can also be used to coat pipes (inside and outside), rods, profiles, wires, strips, etc. For the coating, it is also possible to use materials which cannot be sprayed. Since almost no overspray is produced during CoatingMaster process and only small amounts of compressed air are used, the operating costs are thus significantly reduced with improved processing times.

A further application is the automated removal of chips from pipes, rods, profiles, wires or even thread end after mechanical machining. With this application, only partial areas can be processed, if required (e.g. after the thread end production or after cutting process in limited area). The new restraint system can be used in a continuous process or by robot or linear motion.